13 (From the time of hatching)

Uramaru (우라마루)
Levia is one of the playable character in Closers Online. A ranged magical-based Dimensional, Levia is capable of flying around on her staff, easily adjusting her position in the battlefield, and lamenting as she shreds her own kind with summoned Dimensional Snakes.

After the Dimension War, in France after being devastated by Hecatoncheires, 6 giant oval shaped eggs were found in one seaside cave and were sent to UNION’s research facility. Researchers couldn’t figure out what was inside the egg but arrived at a conclusion that the eggs will posses much stronger power as more time passed. Facing this conclusion, UNION’s researchers demanded immediate destruction of the eggs. But one of the researchers who was fascinated by the life cycle of Dragon’s Legion, takes the eggs that were fated to be destroyed and runs away. This researcher is later scouted by Vultures and in there performed experiments in to hatch the eggs. However most of the eggs couldn’t withstand the Inner Dimension’s pressure and were destroyed. Only one egg endured the Dimensional pressure for 5 years before it finally hatched.

Surprisingly, a being that hatched from the egg looked extremely alike to humans and despite being a Dimensional, it was born with Type 2 Phase power that humans used. The researcher conducted various experiments on this Dimensional who thought of the researcher as its parent. Even after going through experiments that were basically tortures, the newly hatched humanoid Dimensional obeyed her parent researcher and soon her obedience to the researcher evolved into obedience to the entire human race. As the years passed, the humanoid Dimensional’s body and phase power continued to grow. Eventually, Vultures started to fear her as the she grew stronger. In the end, Vultures’ leaders decide to dispose of her to get rid of a potential threat. During the disposal process, the researcher that hatched the egg was murdered. The Dimensional witnessed this scene and went on a rampage exploding her phase power, resulting in the death of almost half of the Disposal squad. The situation was controlled when Trainer, leader of the Wolfdog team, finally managed to knock her out.

When she came to, after hearing about how her parent died and that she caused the death of many humans, she was overcome with guilt and wished her life would end. She wished to die because she thought it was the only way to atone for her sin. Vultures’ upper command also requested Trainer that he disposes of her. But Trainer requested that because the Disposal team’s fighting forces have been greatly damaged because of her, that they allow her to be temporarily become member of the Disposal squad. After a long negotiation, Trainer’s request was accepted. After capturing the humanoid Dimensional, Trainer named her Levia and included her into Wolfdog team as a temporary member. Fearfully, in aguish and hesitantly, she starts disposing of her own kind, the Dimensionals. She’ll continue to be obedient to Trainer and dispose of her own kind. Until the day Vultures’ upper command changes their mind and orders her to be disposed of. 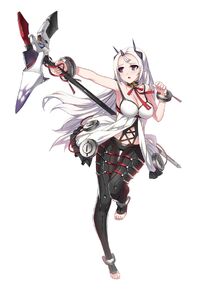 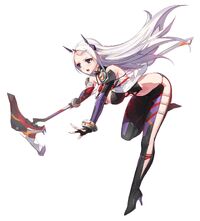 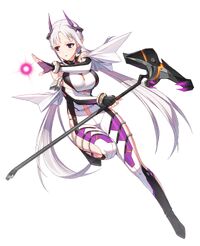 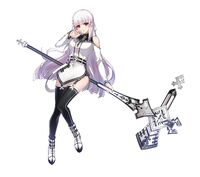