Shuuta Morishima (모리시마 슈타)
Seha is one of the playable characters in Closers Online. Armed with a weapon blade, Seha plays a style of play mostly melee through his fencing to create intricate combos. His range handicap is alleviated by bursts of piercing explosions that he can fire with his weapon to catch distant enemies or combine in aerial combos to cause as much damage as possible.

Seha's mother was one of the legendary CLOSERS who helped bring the Dimensional War to an end. Everyone tells him he is the Black Lamb with the highest potential topological power, but he isn't fully able to tap into that power yet - and to be honest, he doesn't even care enough to try.

He feels constant pressure from everyone around him who expect him to be as every bit as good as his mother. He wouldn't even have gotten involved with the Black Lambs if his mom hadn't made him. For Seha, being a Black Lamb is just another aggravating extracurricular activity he has to do.

What he really loves is playing video games, and you're unlikely to see him without some kind of controller in his hands. In fact, Seo thinks he's worse than an addict.

Seha wears the Black Lamb jacket, the insignia on his left sleeve. Around the jacket's collar, he has a white fur lining, similar to a winter coat. He wears a white collar shirt beneath it, and has a yellow tie. He has semi-dark khaki pants on, and wears black boots. 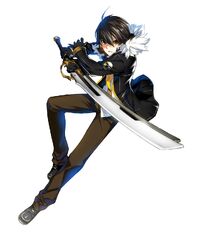 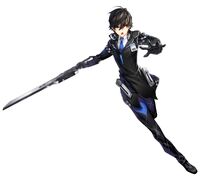 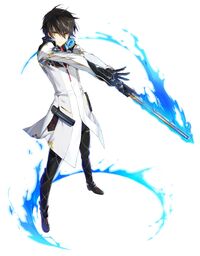 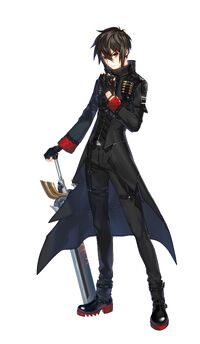